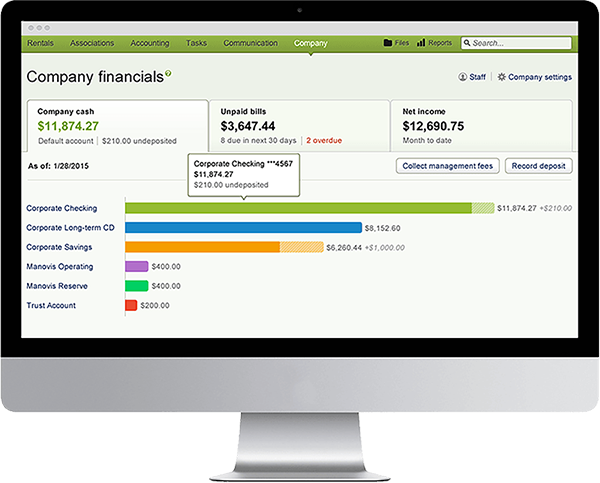 Work completed as an employee of Buildium.

Buildium built out a new capability that for the first time allowed our customers to officially track their company books in our software. The company dashboard project shows off this major improvement in our back end technology while helping our customers gain insights to grow their businesses. We also saw this as an opportunity to create something visually appealing that could be utilized in marketing.

There were several customer scenarios our dashboard was trying to accommodate.

The sketch for the tab concept focuses on these main pieces of information needed by our customers. The tabs are meant to be a high-level summary with one to two pieces of information and the most important action button. Further detail and additional actions are inside the body of the tab. 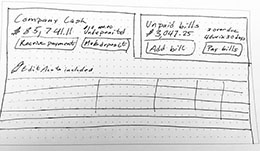 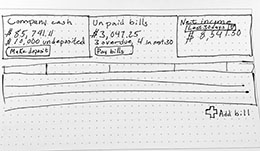 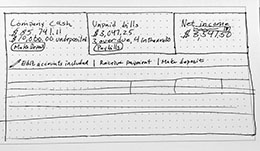 It was important for our team to generate a few divergent ideas so that we could do a round of testing followed by another iteration. The card variation shows how there could be levels of information density from low to high in a single design. 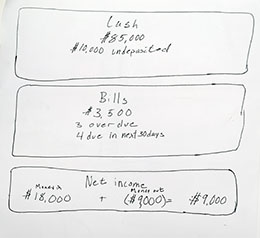 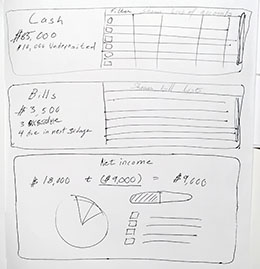 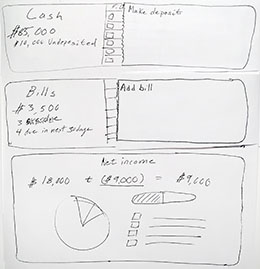 I built out a clickable prototype of the card concept while the other designer built out the tab concept for testing.

We tested with six current customers and were trying to find out:

Incorporating the feed back from the usability testing, we moved forward with the tabbed design. We removed the action buttons from the tabs, cleaned up the visual design, and added some explainer text around the company cash concept. 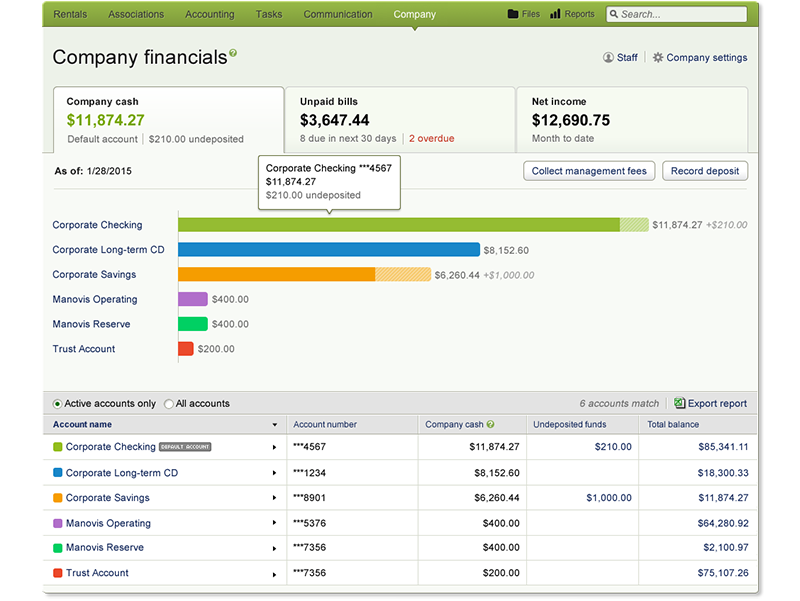 This tab shows the amount of money the company has across all bank accounts and highlights the amount in the primary account. 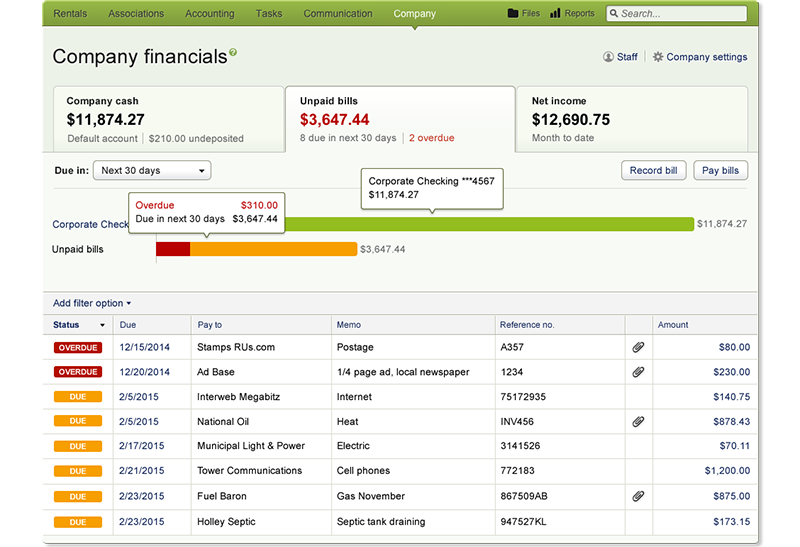 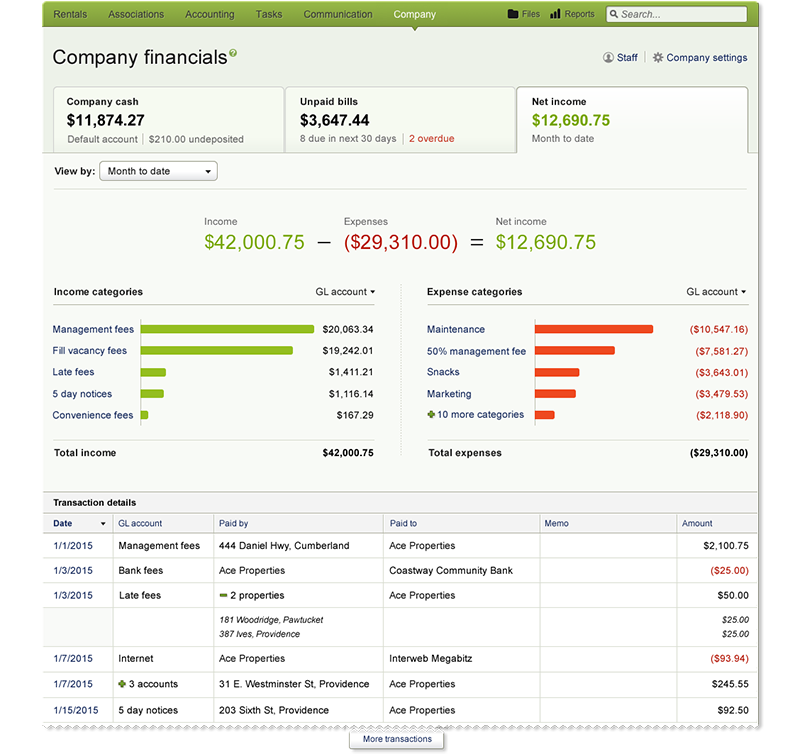 Net income shows the income versus expenses for a defined period of time. The page starts with the net income equation and then shows bar chart by category for income and expenses.